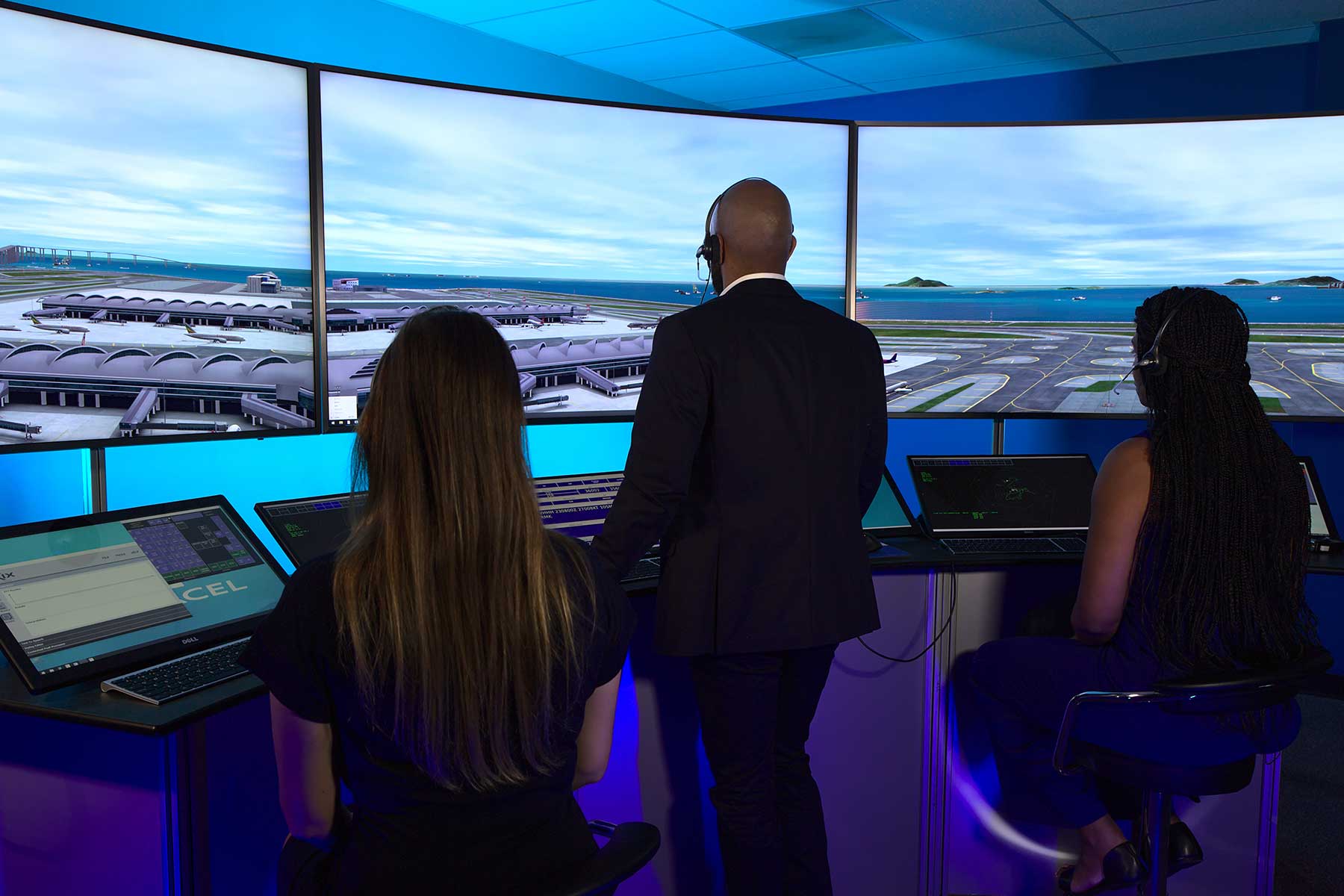 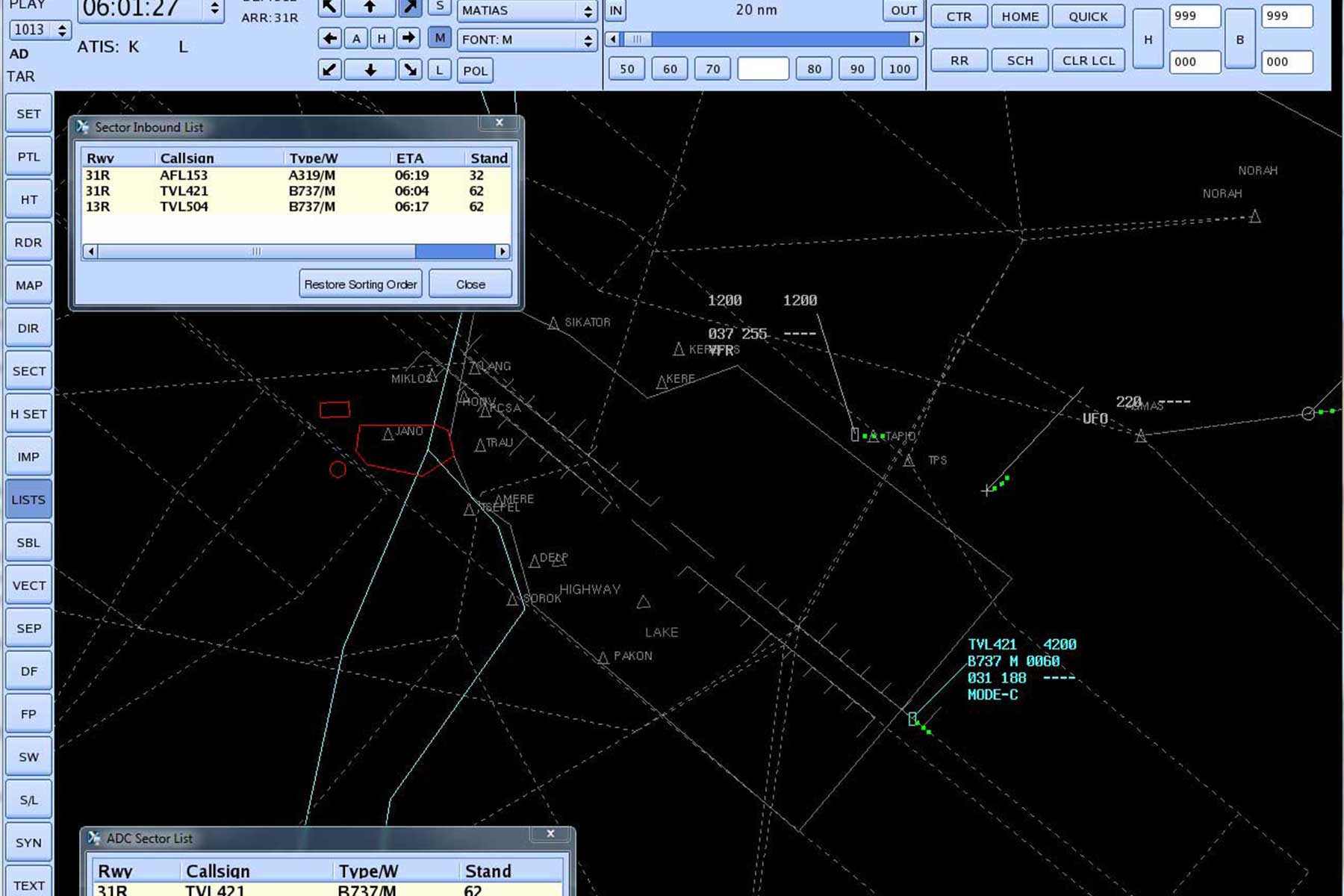 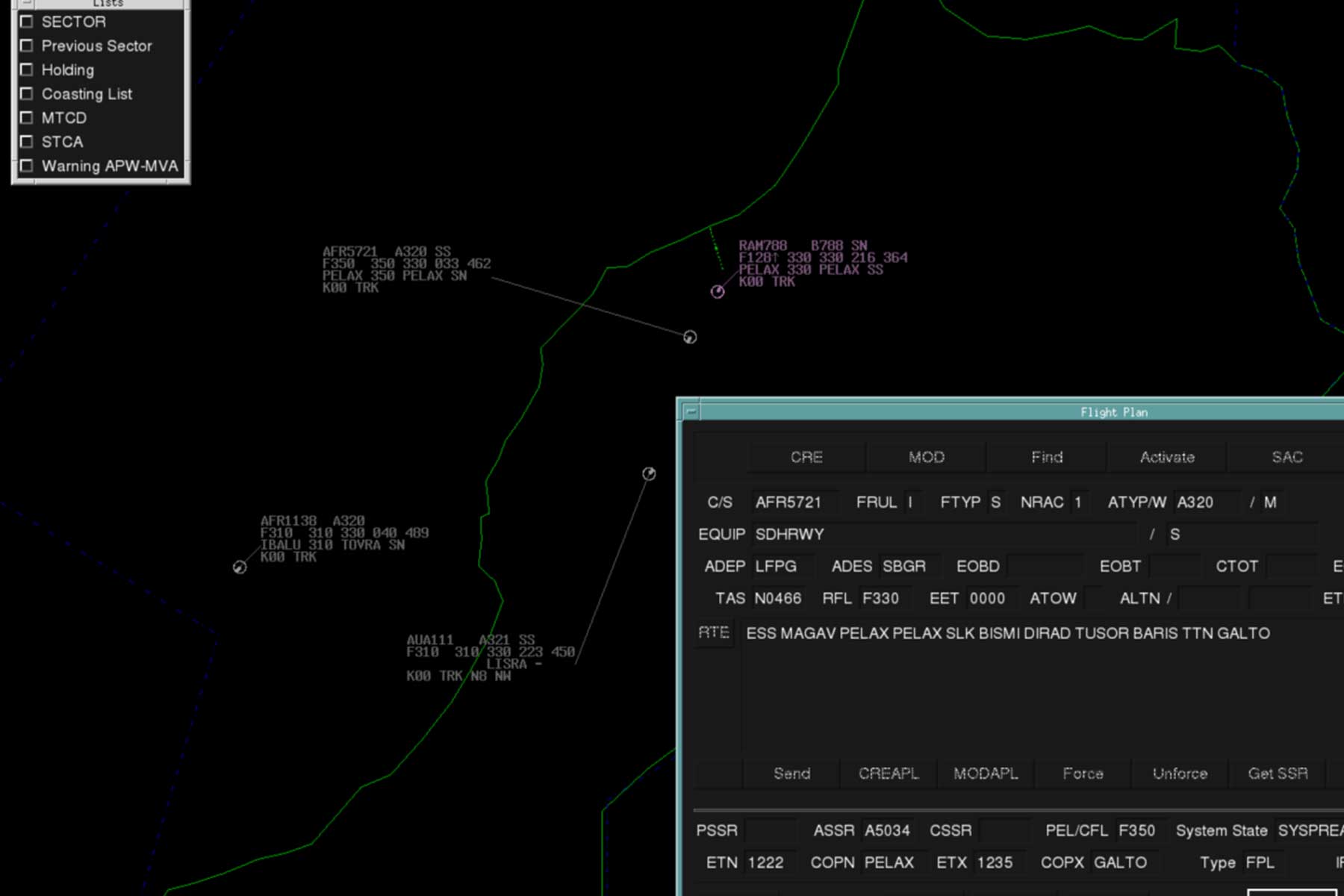 Seamless integration of its Radar and Tower subsystems: MaxSim offers a significant advantage to its users: this simulator and all its subsystems, including Tower and Radar, are fully and seamlessly integrated and interoperable as extensions of one to another 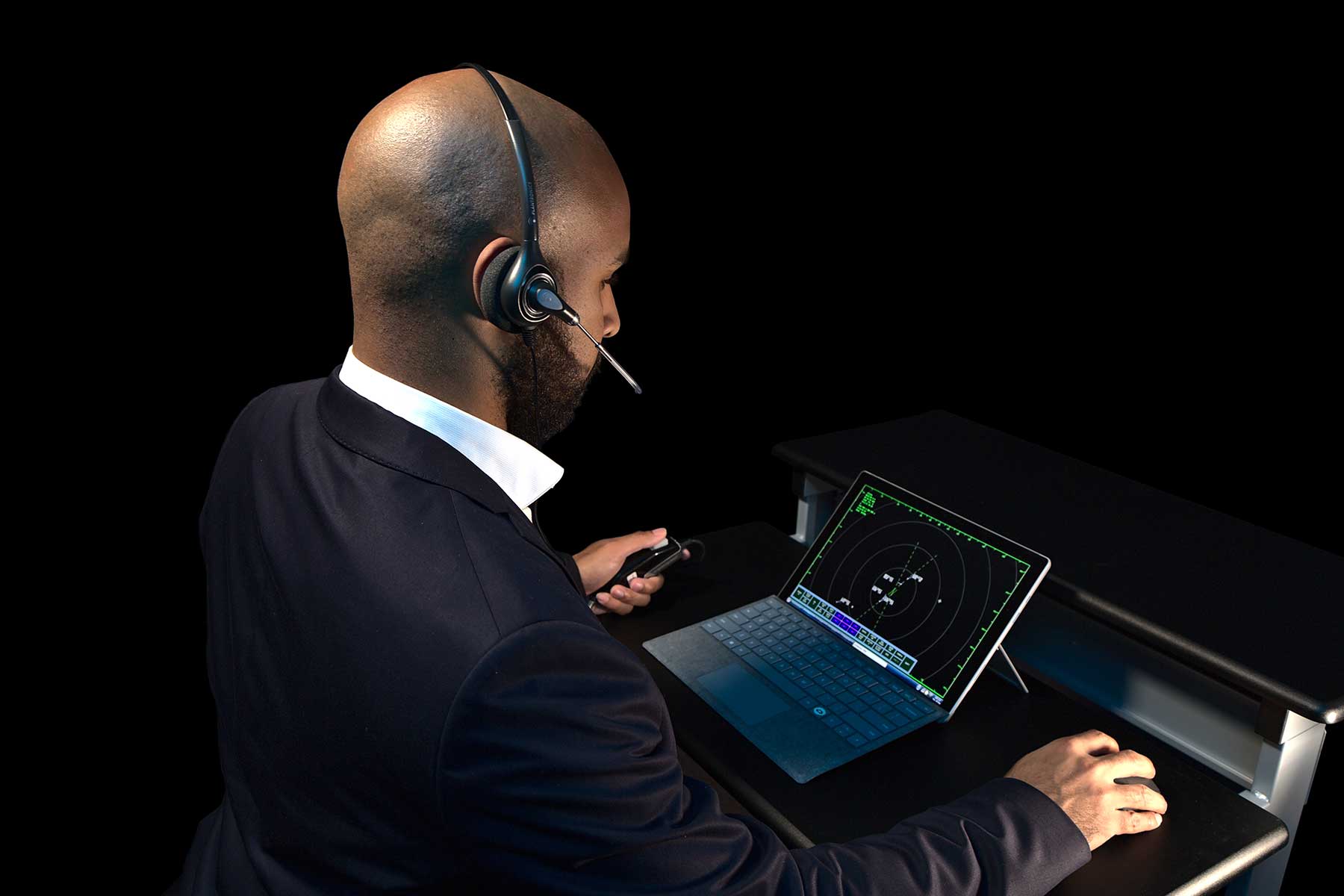 Ease of use: Despite MaxSim’s complex design and extensive capabilities, the simulator is amazingly easy to use. You have an intuitive and well-structured scenario development and the option of various modes of flight operations. You can easily create shortcuts and customized macro commands and can change the simulation environment by altering events, weather, and traffic. In addition, you can easily monitor and control the pace of training sessions, and one student alone can run complex training simulations. 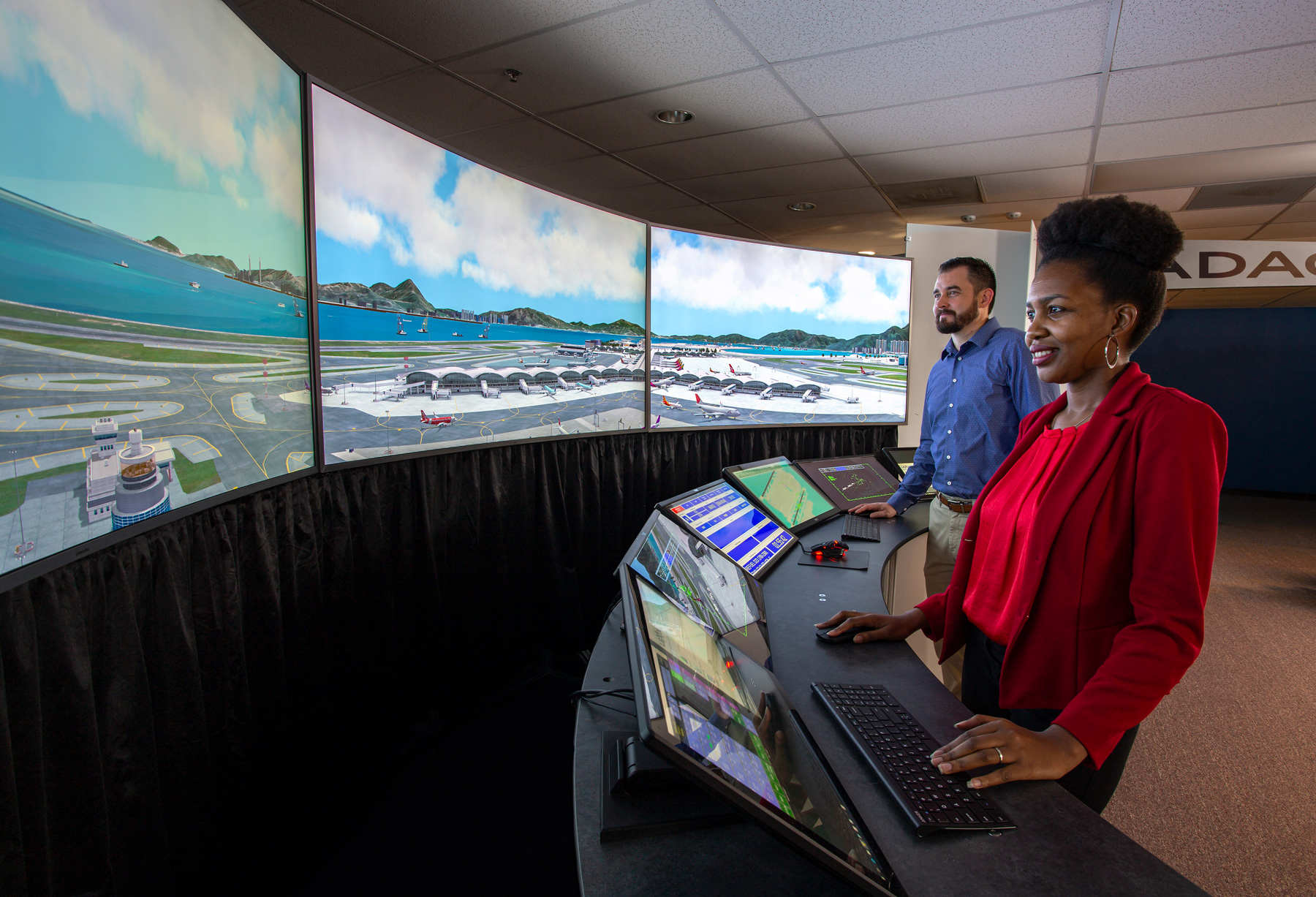 Easy integration capabilities: Adacel has years of experience interfacing its MaxSim with 3rd-party systems. These interconnections are done through gateways to the target systems. Depending on your needs, communication can be set up as either unidirectional or bidirectional. Past projects include integrations with these providers: Nav Canada, AviBit, CAE, NASA, Letvis, JTC-TRS and Adacel’s Aurora Oceanic and Approach ATM system, just to name a few. Protocols vary based on third-party software and can involve ASTERIX or DIS/HLA protocols. 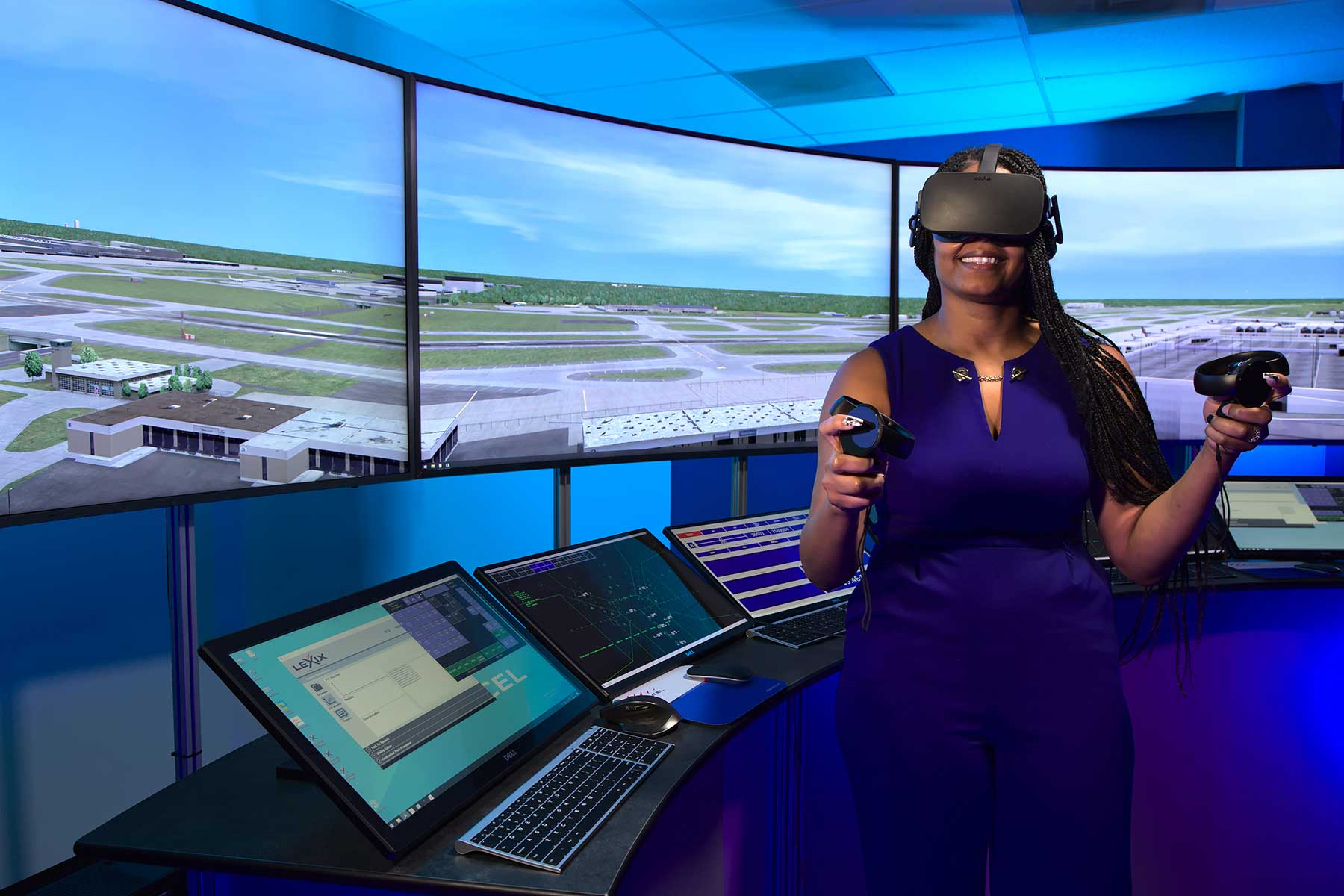 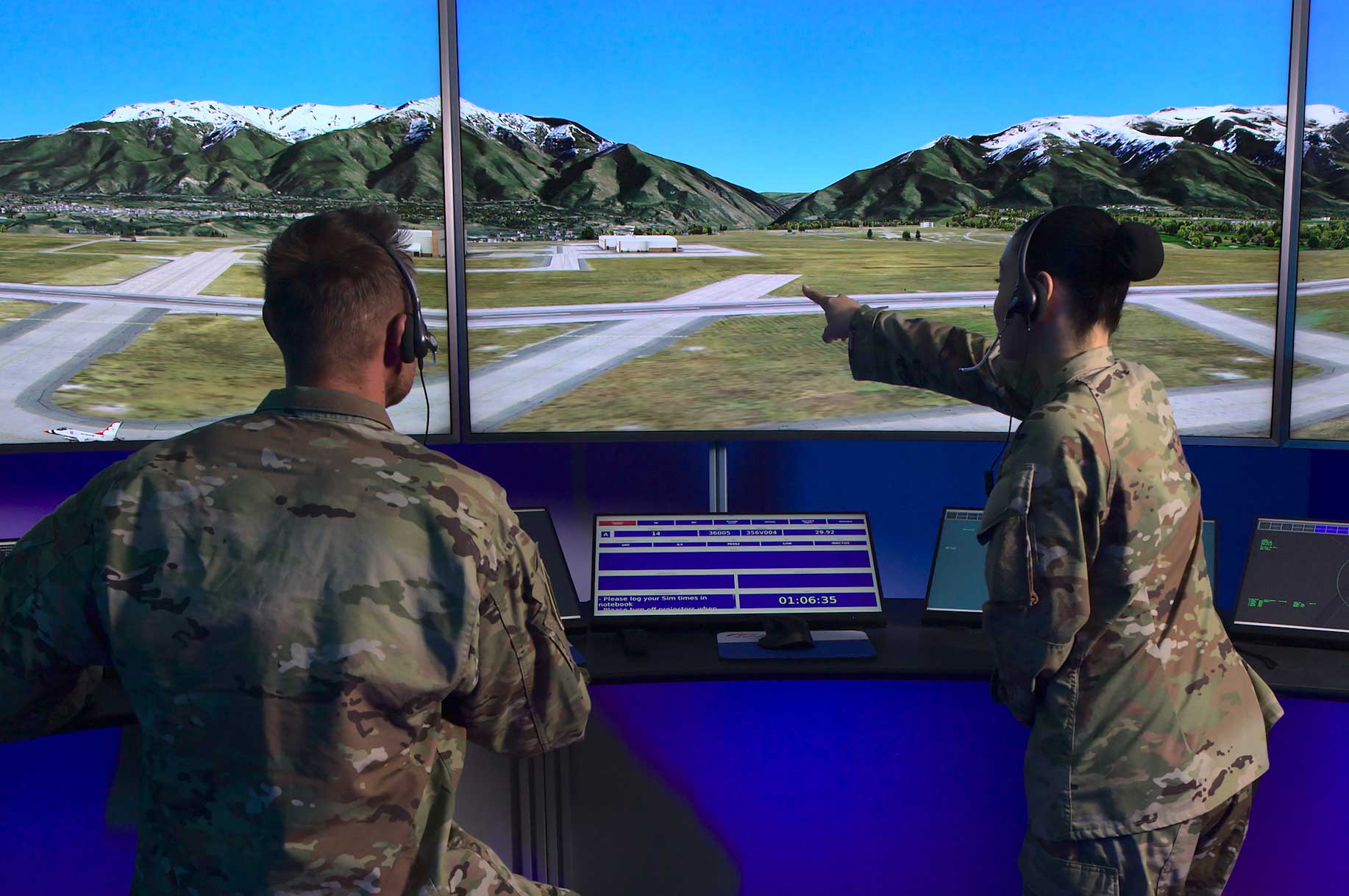 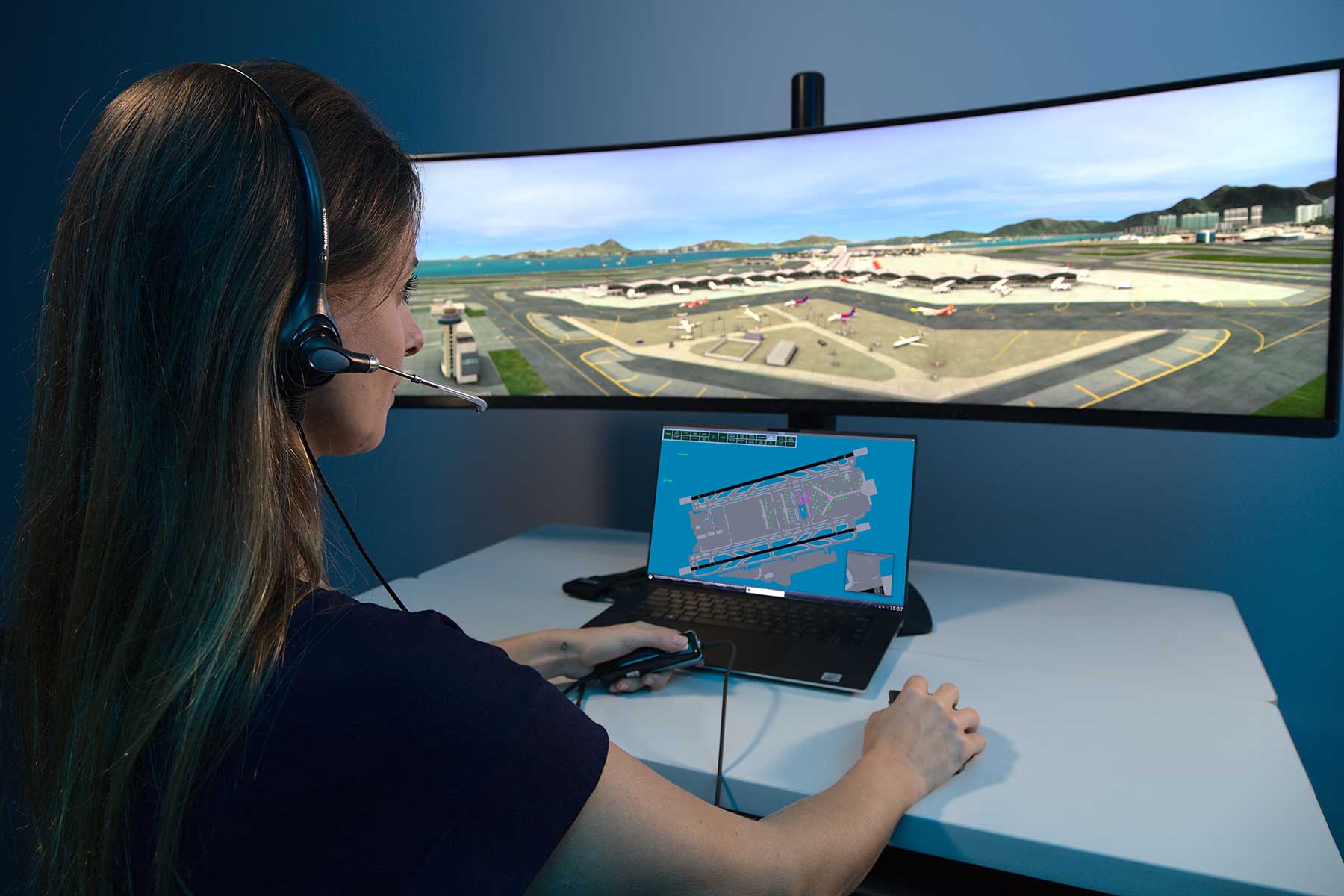 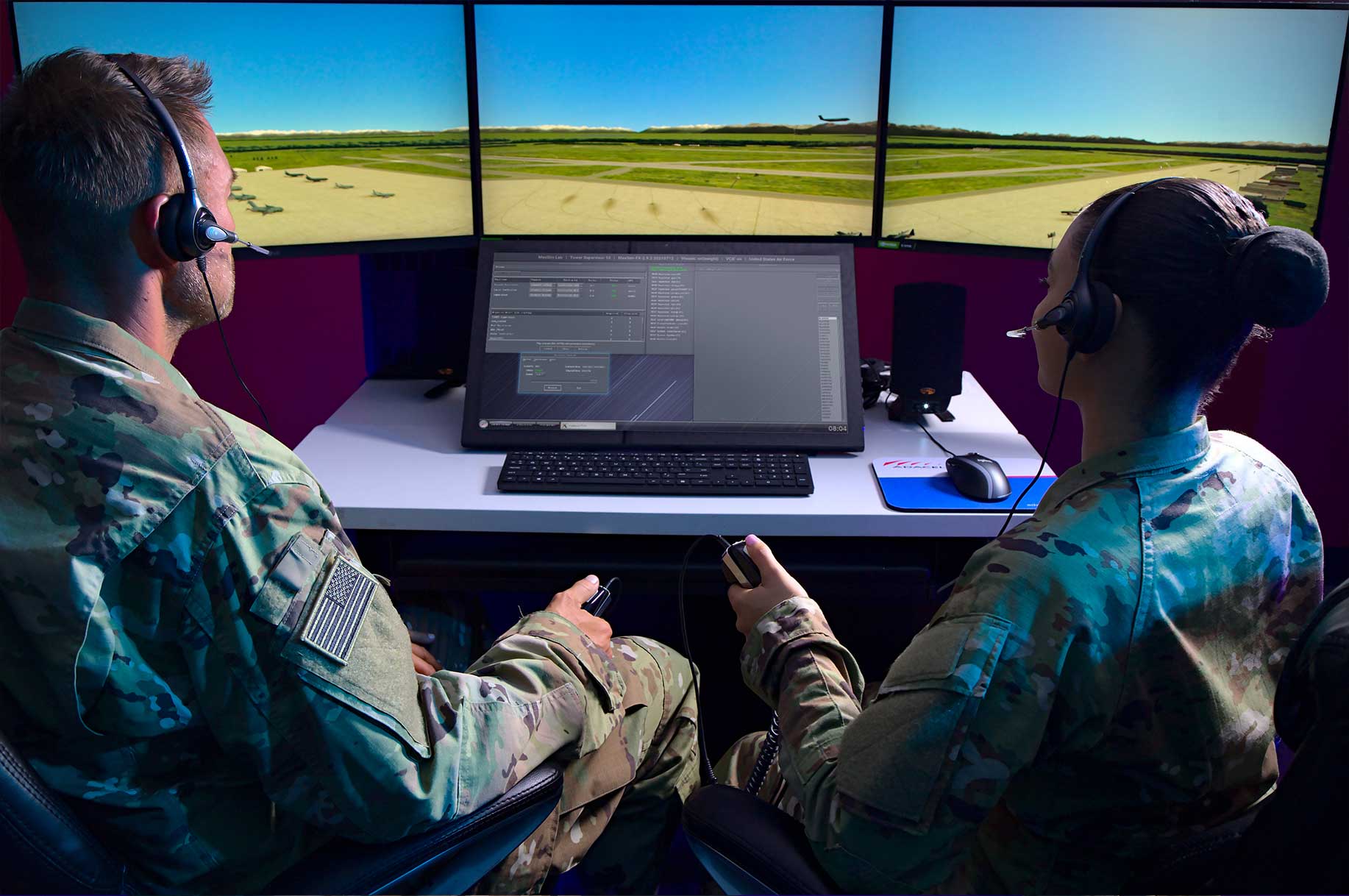 Scalable to your needs: You can scale and configure MaxSim for a 360-degree set-up with projectors or monitors down to a portable 3-screen controller position supported by a supervisor and their laptop. The scalability based on needs makes the simulator quite affordable. And regardless of the configuration, with MaxSim, you can simulate the entire flight operations life cycle. 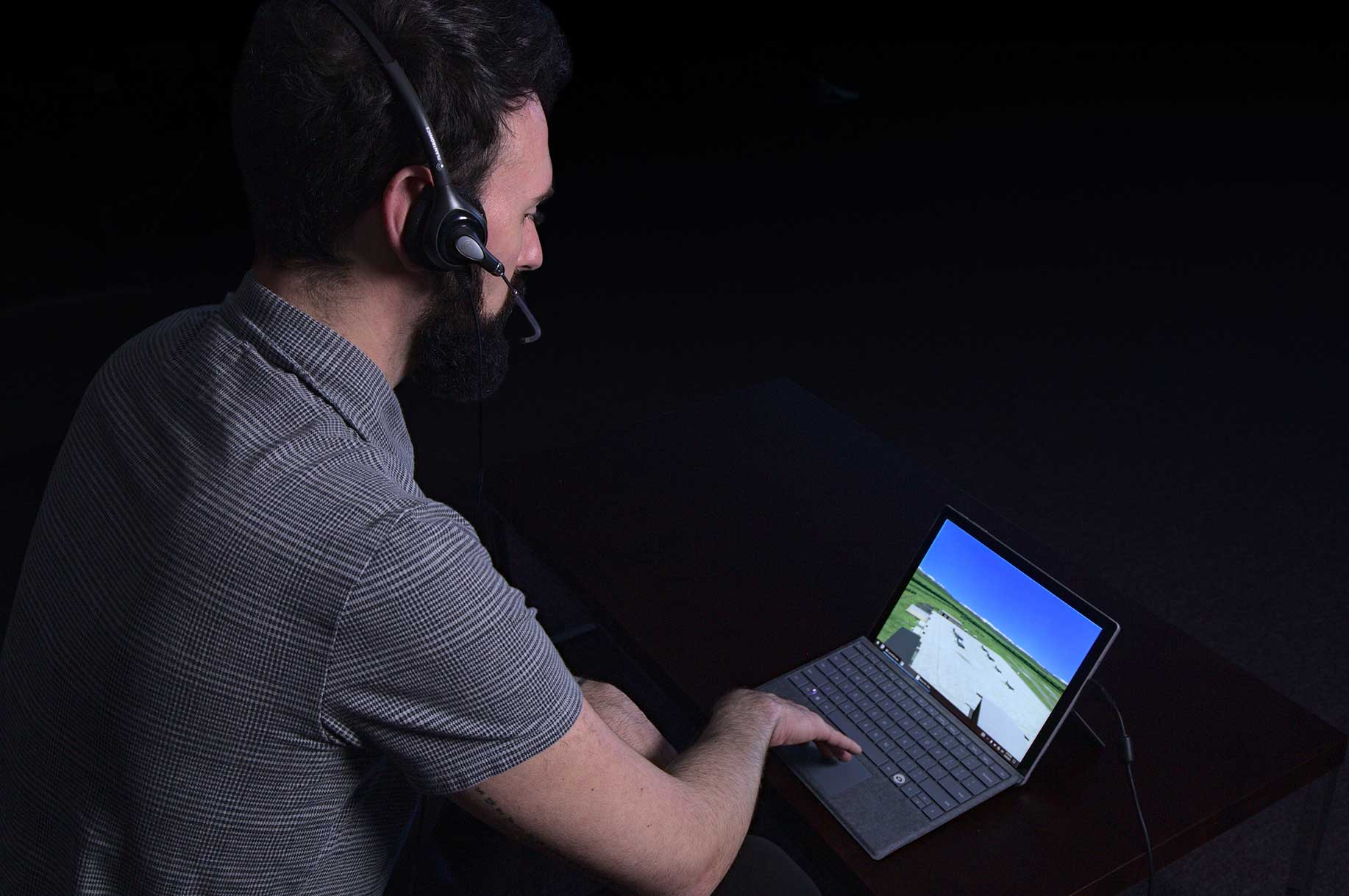 Versatile use. MaxSim supports multiple students running a single scenario, and each position is configurable to adapt to any role with one single click. In addition, automated ground or tower controllers are available to support students’ self-training. And to simulate pilot communications, our customers in the US can take advantage of Lexix-Adacel’s proprietary voice recognition system. With such a vast database-MaxSim’s database features over 400 airports and more than 2000 aircraft-we can accommodate the training needs of most discerning customers. 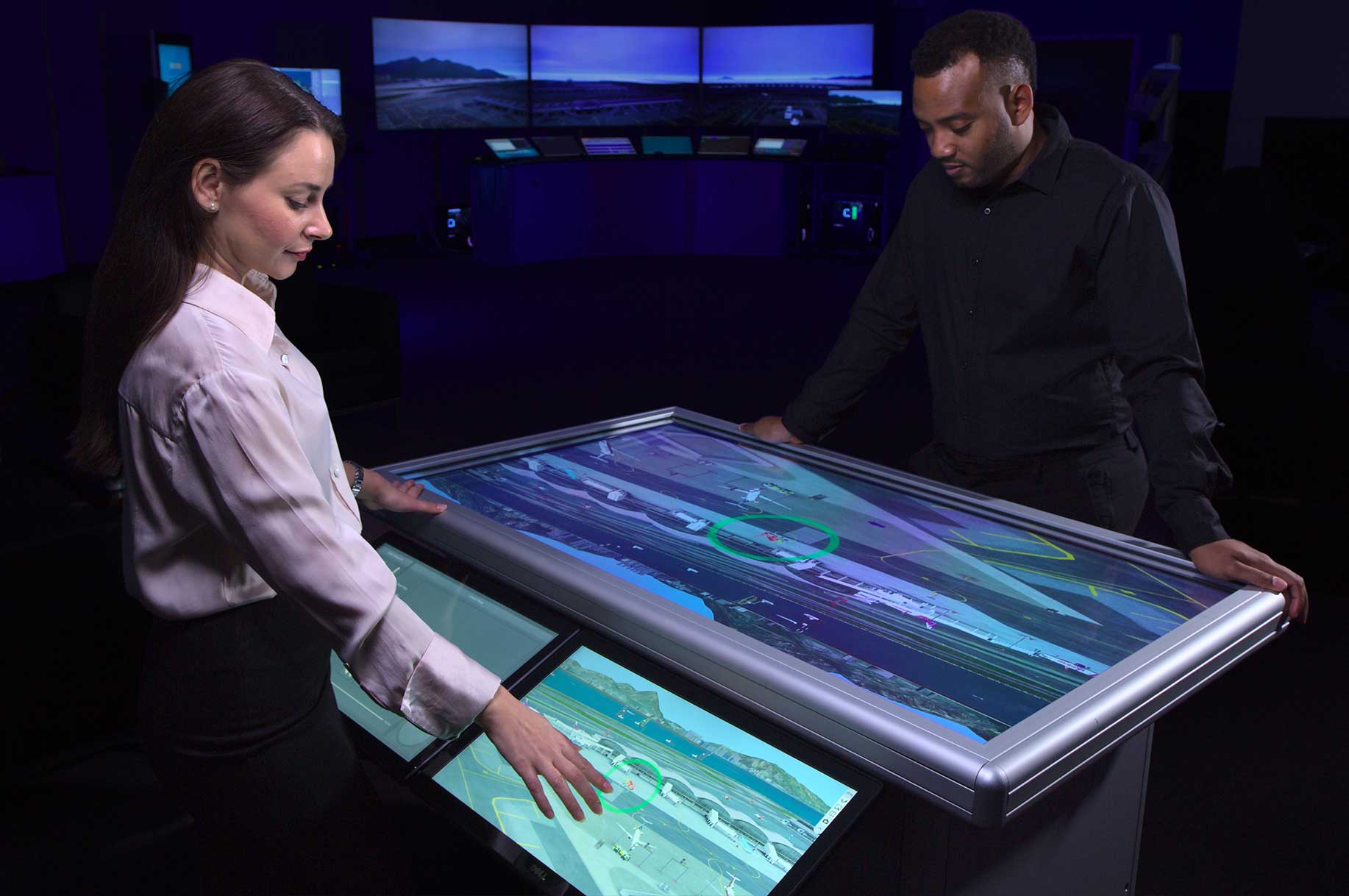 Enhanced training and monitoring with record & playback and record-keeping capabilities: MaxSim simulator can record and playback any lessons, and the student sign-on and progress are automatically tracked. The trainer can easily filter and export simulation training results by simulator usage, scenario run, or student participation.

peace of mind with comprehensive support

For your peace of mind, Adacel’s SimCare support program was designed to assist with your new MaxSim system every step of the way. Plus, we will work with you to customize the support to best meet your business needs. Here are some advantages with SimCare:

So why choose MaxSim?

Using MaxSim significantly reduces training program time when compared to non-simulator supported programs. As a trainer, you have complete control of the training pace or level of complexity and can easily record simulator usage and student performance. At any time, you can adjust training conditions and training personnel. And any real-world operations and procedures are faithfully simulated. Seasoned controllers report total virtual immersion within minutes of interaction in the simulator’s environment, making the transition to the real-life ATM environment a breeze. The system delivers an impressive up to 99% availability, meets or exceeds Industry MTBF and MTTF rates, and is backed by a large and responsive customer service group, with worldwide support. When you become an Adacel customer, you join a vast family of users who collectively benefit from each other’s input on the system’s evolution. We look forward to welcoming you to our Adacel family. 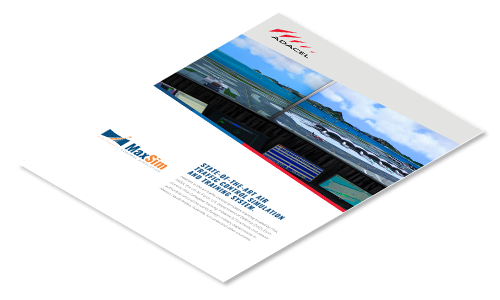 in their own words - customer stories 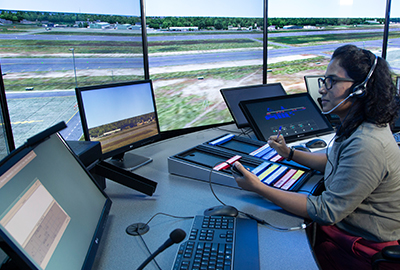 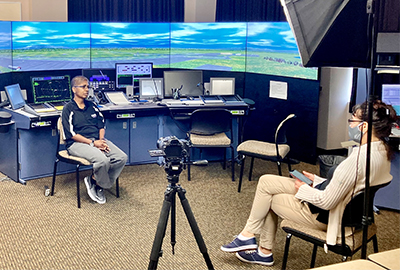 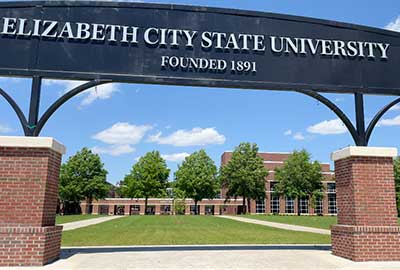 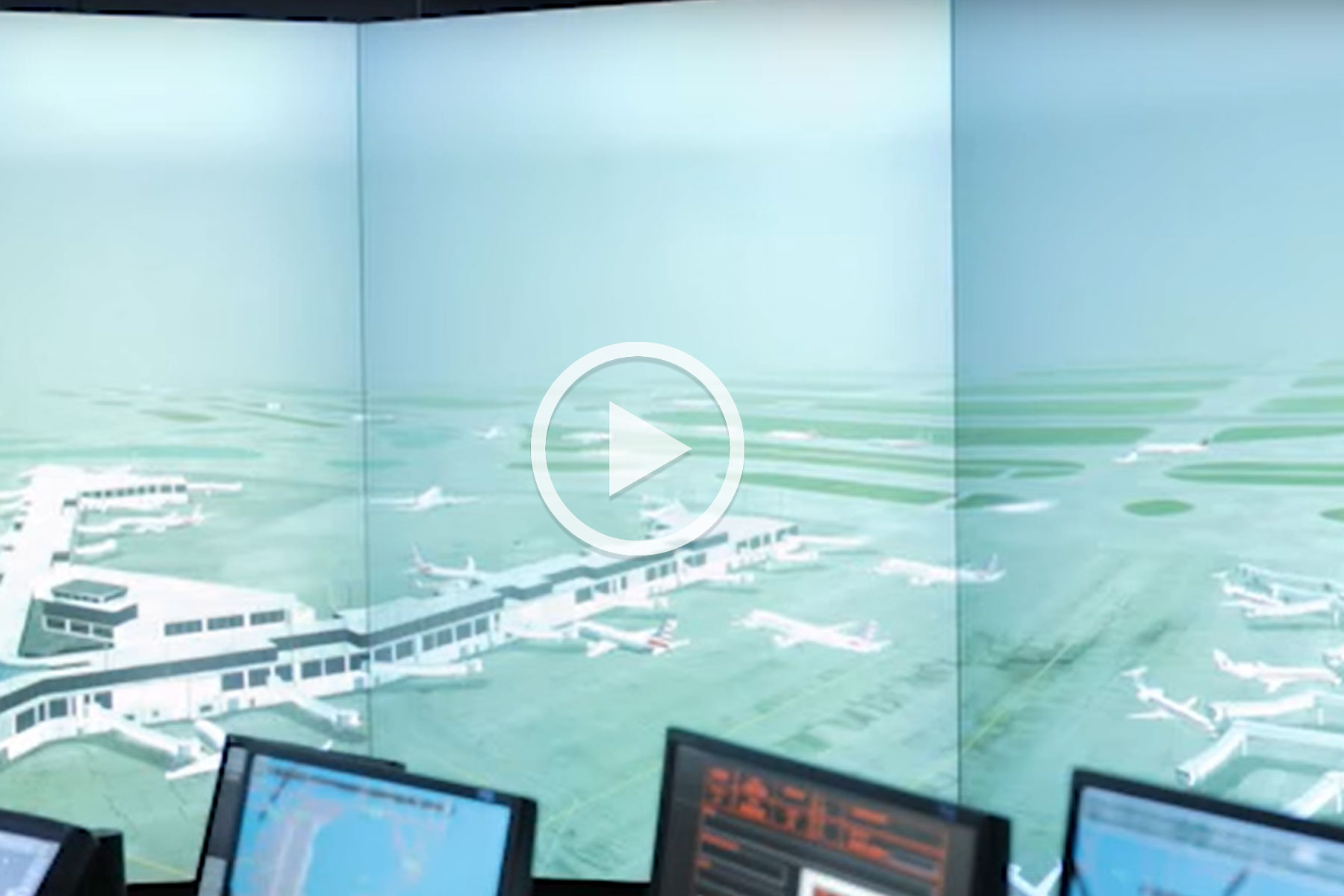 A Sim for all Seasons 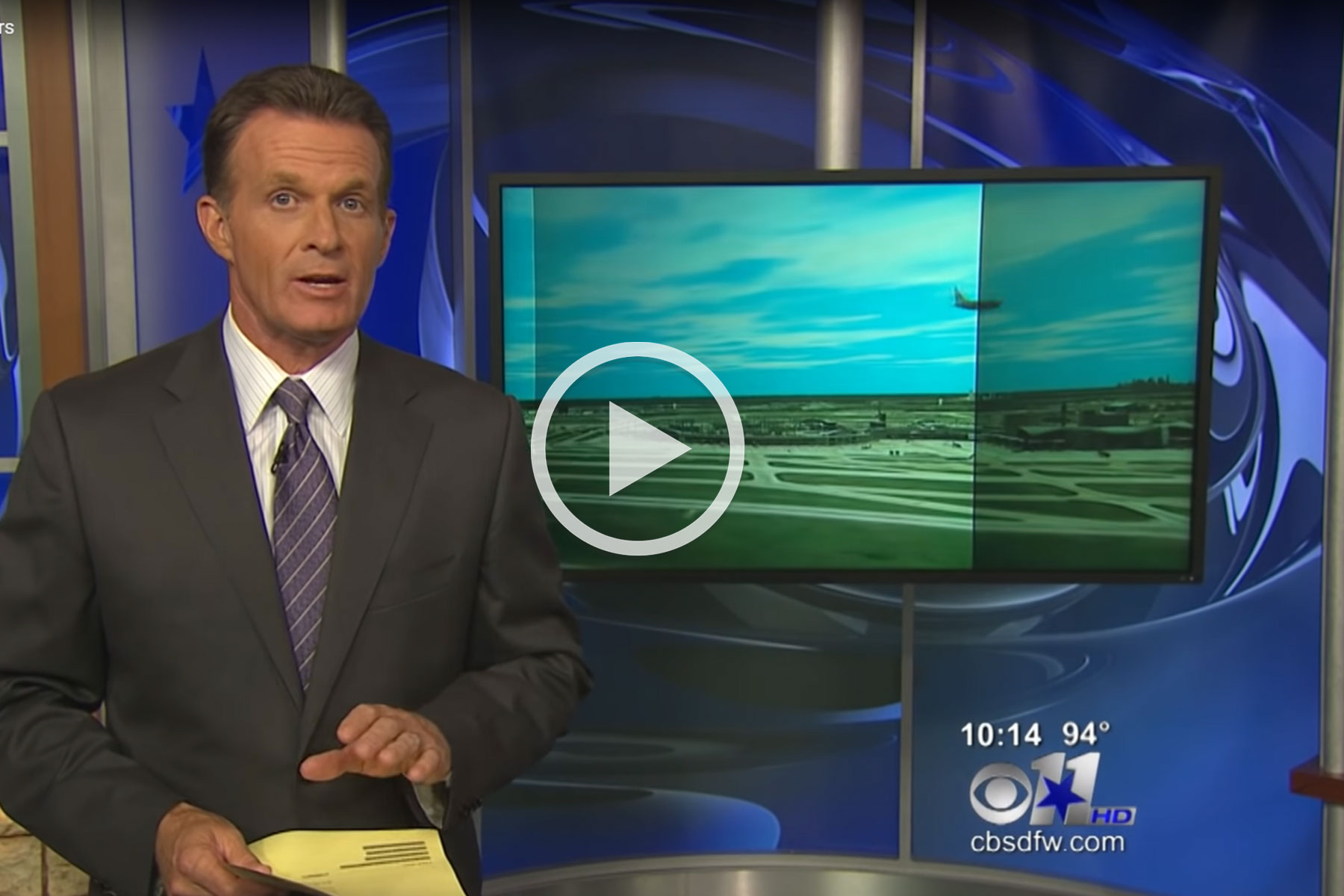 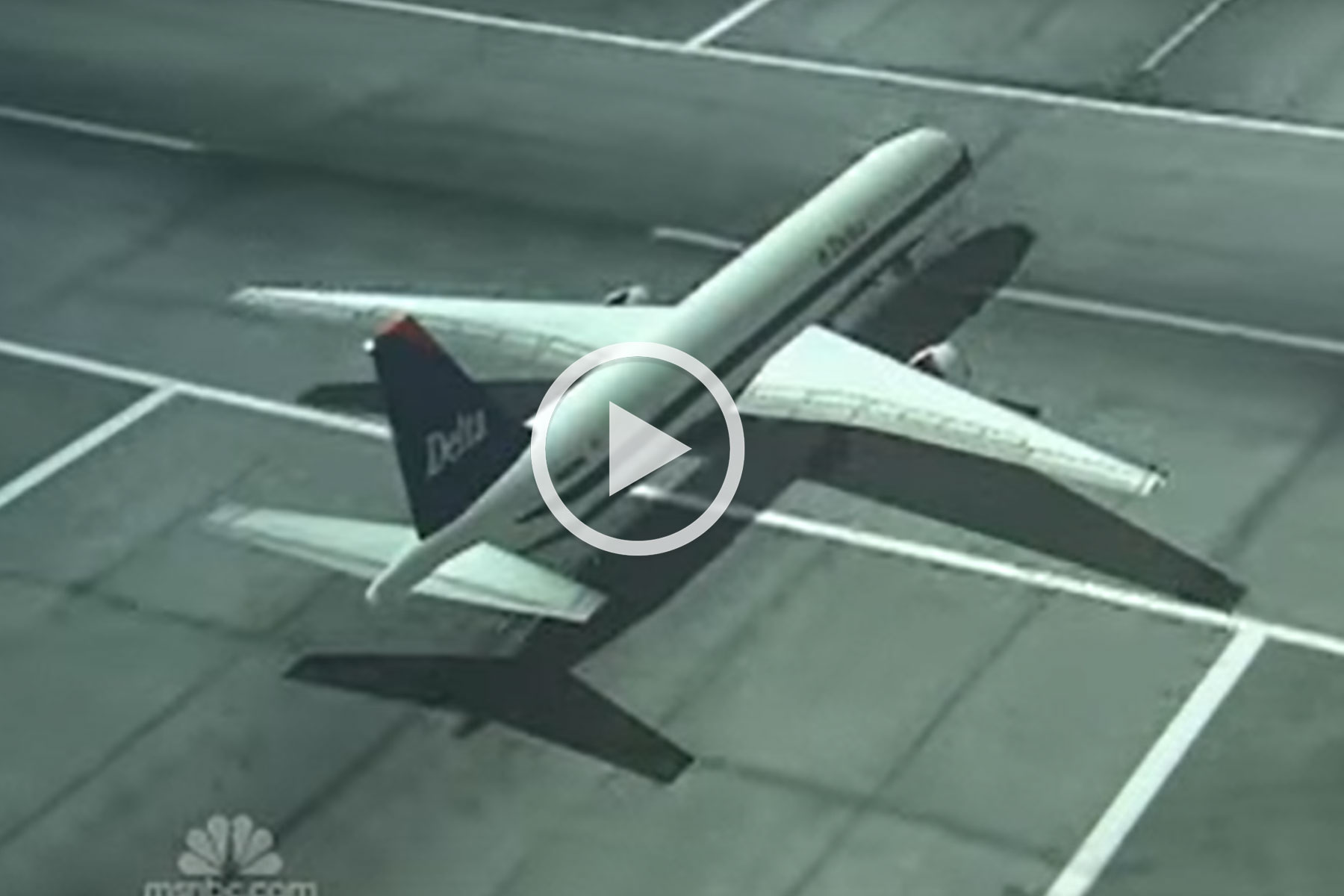 Navigating The Skies
No items found.